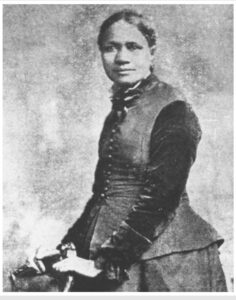 In the nineteenth century, Frances Ellen Watkins Harper was an influential abolitionist, suffragist, and reformer who co-founded the National Association of Colored Women’s Clubs. When she was a young adult, she learned the power of activism and academics and began devoting her life to antislavery. Antislavery newspapers published her poems as she lectured throughout the United States and Canada. Harper was also committed to the struggle for women’s rights and the temperance movement. She fought for the inclusion of suffrage for African American women, emphasizing the double burden of racism and sexism. Harper spent her career working toward equal rights, job opportunities, and education for African American women 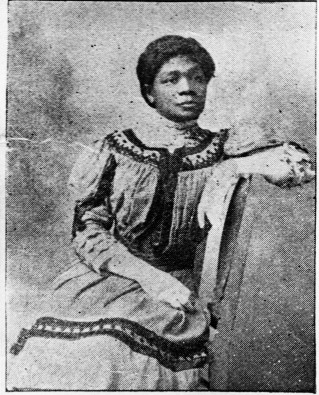 Harriet Crawford Redmond was born in Missouri, circa 1862. Her family came to Hood River to work for White families on the old Jenk ins Donation Land Claim. When those families sold their land in 1870, the Crawfords could no longer live on the land and moved to Portland. Mrs. Redmond was very active in Portland, organizing meetings and educational events to help Black women recognize the importance to being allowed to vote. Oregon placed the question of votes for women on the ballot six times, starting in 1884, more than any other state, probably due to many actions by many Oregon women. Harriet Crawford Redmond was able to register to vote e in April of 1913. She was recognized for her lengthy service as cleaning staff at the US District Court building with a story in the Oregonian in 1939 under the headline, “Janitress Lauded for Long Service”. She was featured in the Oregon Historical Society newsletter as an outstanding Oregon Women’s Suffrage activist. 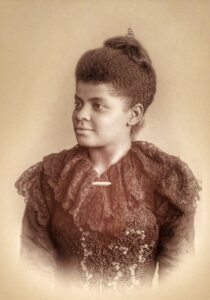 Ida B. Wells(her middle name was Bell, but the “B” could have been for Badass!) Ida B. Wells was born in 1862, the daughter of former slaves. She was a militant journalist, newspaper editor, suffragist, and civil rights leader. In the 1890s she became
famous for her anti-lynching crusade, after three of her friends were lynched. She founded the first suffrage club for black women in Illinois, the Alpha Suffrage Club, and co-founded the National Association for the Advancement of Colored People.
When she marched in the 1913 suffrage parade in Washington, D.C. she refused to march at the back of the parade as other black women did. She continued to be an outspoken advocate of black women’s political activism, and although she failed to win a senate seat herself, she was influential in electing one of the first Black politicians, Oscar DePriest, to the United States House of Representatives. When she died in 1931 she left behind a legacy of activism against prejudice and violence, no matter the personal risk. 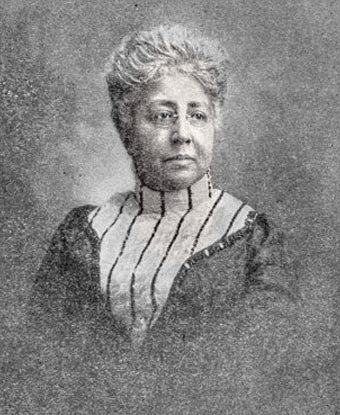 Born in Boston, MA in 1842. She had a career as a journalist and activist. She was married at 15 to the first African American to graduate from Harvard Law School. During the civil war, she was involved in the women’s suffrage movement where she worked with Susan B. Anthony and Elizabeth Cady Stanton.

In 1893 she established The Woman’s Era Club which was primarily for African American women. The club had two purposes: To offer opportunities for self-improvement and to address issues affecting the African American community, including local politics and education, debilitating discrimination and terrorism & lynchings against Blacks in the South. Ruffin edited the club’s publication Woman’s Era, which became a nationally recognized voice of Black clubwomen across the country. 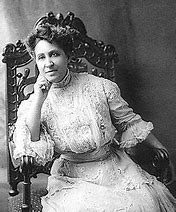