Dismantling the Doctrine of Discovery 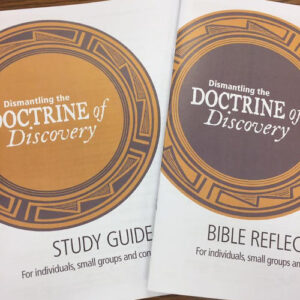 What to the Slave is theFourth of July?”

Why Aren’t There More Black People in Oregon?

PBS Series: Latino Americans | Foreigners in Their Own Land |

The Tulsa race riot was a large-scale, racially motivated pogrom on May 31 and June 1, 1921, in which a group of whites attacked the black community of Tulsa, Oklahoma. The Greenwood District, the wealthiest black community in the United States (now commonly referred to as “the Black Wall Street”), was burned to the ground.

In a special Last Word, Morgan Freeman reads the words of John Lewis’ final essay, which he requested be published in the New York Times on the day of his funeral: “Together, You Can Redeem the Soul of Our Nation.” Aired on 7/30/2020.

In “Celilo Falls: Parallel Lives Along N’chi-Wana ,” Native American Elder, Storyteller, and Educator Ed Edmo, and former professor Lani Roberts write about growing up in The Dalles during the 1950s. Ed is Shoshone Bannock, Nez Perce, Yakama and Siletz and lived at the fishing village at Celilo Falls until it’s inundation in March 1957. Lani grew up six miles away just outside The Dalles, a descendant of an early settler family.

Although they grew up in the same area and are the same age, their lives were lived in parallel fashion because of the differences in their ethnic heritage. During their childhoods, signs in the windows of businesses read, “No dogs or Indians allowed.” Their juxtaposed stories give a full picture of rural Oregon and the parallel lives they led along the N’chi-Wana River.

They are both authors of the chapter “Celilo Falls: Parallel Lives Along N’chi-Wana,” in Seeing Color: Indigenous People and Racialized Ethnic Minorities in Oregon. 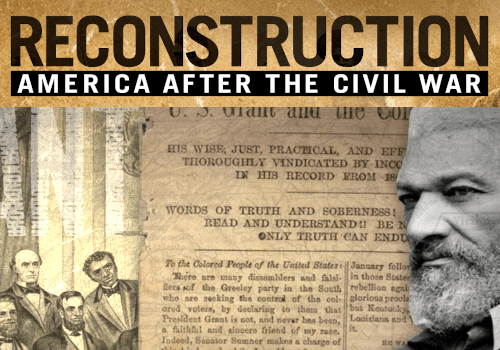 Reconstruction: America After the Civil War

Henry Louis Gates Jr. presents a vital new four-hour documentary series on Reconstruction: America After the Civil War. The series explores the transformative years following the American Civil War, when the nation struggled to rebuild itself in the face of profound loss, massive destruction, and revolutionary social change. 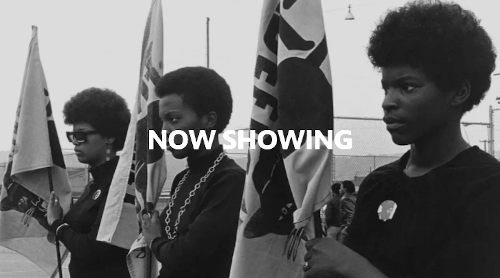 The Black Panthers: Vanguard of the Revolution

The Black Panthers: Vanguard of the Revolution sheds light on the Black Panther Party — and all its reviled, adored, misunderstood, and mythologized history. 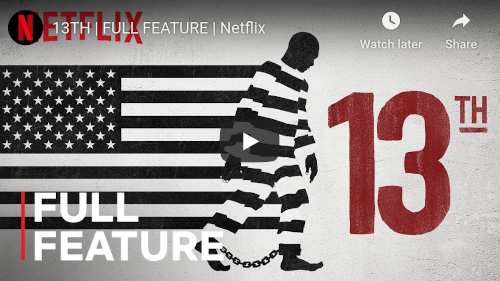 Combining archival footage with testimony from activists and scholars, director Ava DuVernay’s examination of the U.S. prison system looks at how the country’s history of racial inequality drives the high rate of incarceration in America.

US Rating: TV-MA For mature audiences. May not be suitable for ages 17 and under.

The African-Americans: Many Rivers to Cross

In his groundbreaking six-part series on PBS, noted Harvard scholar Henry Louis Gates, Jr. chronicles the full sweep of African American history, from the origins of slavery on the African continent right up to today when America remains a nation deeply divided by race. This series

The Police Killings No One Is Talking About: Native Americans Most Likely to be Killed by Cops 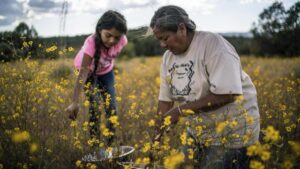 A new documentary about the growing movement amongst Native Americans to reclaim their spiritual, political and cultural identities through food sovereignty, while battling the trauma of centuries of genocide.

Available to stream on Amazon, iTunes, and Vimeo on Demand

Immigration Nation is a documentary series that offers a unique and nuanced view of the ongoing struggles in America’s broken immigration system. Netflix

Alexia Salvatierra | A Just Response to the Border Crisis

The Color of Compromise: How the Evangelical Church Missed Its Racism

How The Coronavirus Is Exposing America’s Anti-Asian Racism

Why Cities Are Still So Segregated | Let’s Talk | NPR

The difference between being “not racist” and antiracist | Ibram X. Kendi

“The Stranger” is a 40-minute documentary film commissioned by the Evangelical Immigration Table and produced by Emmy-award winning producer Linda Midgett. The Stranger profiles three immigrant stories and includes interviews with local and national Christian leaders.

A powerful and thought-provoking true story, “Just Mercy” follows young lawyer Bryan Stevenson (Jordan) and his history-making battle for justice. After graduating from Harvard, Bryan had his pick of lucrative jobs. Instead, he heads to Alabama to defend those wrongly condemned or who were not afforded proper representation, with the support of local advocate Eva Ansley (Larson).

Available on Amazon Prime, YouTube Movies, and other platforms

The Hate You Give

Starr Carter is constantly switching between two worlds: the poor, mostly black, neighborhood where she lives and the rich, mostly white, prep school she attends. The uneasy balance between these worlds is shattered when Starr witnesses the fatal shooting of her childhood best friend Khalil at the hands of a police officer. Now, facing pressures from all sides of the community, Starr must find her voice and stand up for what’s right.

DEAR WHITE PEOPLE follows the stories of four black students at Winchester University, where a riot breaks out over a popular ‘African American’ themed party thrown by a white fraternity. With tongue planted firmly in cheek, the film explores racial identity in ‘post-racial’ America while weaving a universal story of forging one’s unique path in the world.

“SELMA” is the story of Dr. Martin Luther King, Jr.’s historic struggle to secure voting rights for all people – a dangerous and terrifying campaign that culminated with the epic march from Selma to Montgomery, Alabama, and led to President Johnson signing the Voting Rights Act of 1965.

If Beale Street Could Talk

Based on the novel by James Baldwin, IF BEALE STREET COULD TALK, is the story of Tish, a newly engaged Harlem woman who races against the clock to prove her lover’s innocence while carrying their first born child to term. It is a celebration of love told through the story of a young couple, their families and their lives, trying to bring about justice through love, for love and the promise of the American dream.

It is 1841, and Northup (Chiwetel Ejiofor in a gripping performance), an accomplished, free citizen of New York, is kidnapped and sold into slavery. Stripped of his identity and deprived of all dignity, Northup is ultimately purchased by ruthless plantation owner Edwin Epps (Michael Fassbender) and must find the strength within to survive.

Based on the thrilling and inspirational life of an iconic American freedom fighter, Harriet tells the extraordinary tale of Harriet Tubman’s escape from slavery and transformation into one of America’s greatest heroes. Haunted by memories of those she left behind, Harriet (Cynthia Erivo) ventures back into dangerous territory on a mission to lead others to freedom.

Biographical epic of the controversial and influential Black Nationalist leader, from his early life as a small-time gangster, to his ministry as a member of the Nation of Islam and his assassination.

The story, set in Kansas during the 1920s, covers less than a year in the life of a black teenager, and documents the veritable deluge of events which force him into sudden manhood. The family relationships and enmities, the fears, frustrations and ambitions of the black teenager in small-town America are explored with a strong statement about human values.

Hilary Swank stars in this story about a teacher in a racially divided school who gives her students what they’ve always needed – a voice. Swank plays Erin Gruwell, the real-life teacher at Long Beach’s Wilson High who inspired her students to overcome the gangs that divided them and the education system that forgot them.

I Am Not Your Negro

director Raoul Peck envisions the book James Baldwin never finished – a radical narration about race in America, using the writer’s original words. He draws upon James Baldwin’s notes on the lives and assassinations of Medgar Evers, Malcolm X, and Martin Luther King Jr. to explore and bring a fresh and radical perspective to the current racial narrative in America.

Funny/not-so funny – microaggressions are real and we often don’t even recognize when we’re doing them.

Funny/not-so funny – microaggressions are real and we often don’t even recognize when we’re doing them.

Hadiya Roderique, a lawyer and journalist, and Marva Wisdom, Director for the Black Experience Project, discuss the effects that microaggressions and subtle racism can have.

The forgotten police bombing of a Move compound in Philadelphia

Ever been called out for racist or offensive behavior? Here’s a helpful video about how to respond without causing more harm.

When They See Us

Based on a true story that gripped the country, When They See Us will chronicle the notorious case of five teenagers of color, labeled the Central Park Five, who were convicted of a rape they did not commit. The four part limited series will focus on the five teenagers from Harlem — Antron McCray, Kevin Richardson, Yusef Salaam, Raymond Santana and Korey Wise. Beginning in the spring of 1989, when the teenagers were first questioned about the incident, the series will span 25 years, highlighting their exoneration in 2002 and the settlement reached with the city of New York in 2014.

Based on the acclaimed film of the same name, this Netflix-original series follows a group of students of color at Winchester University, a predominantly white Ivy League college. The students are faced with a landscape of cultural bias, social injustice, misguided activism and slippery politics. Through an absurdist lens, the series uses irony, self-deprecation, brutal honesty and humor to highlight issues that still plague today’s”post-racial” society. Creator Justin Simien serves as an executive producer.

Created by and starring Issa Rae, this comedy series looks at the friendship of two modern-day black women, as well as all of their uncomfortable experiences and racy tribulations. As they navigate the tricky professional and personal terrain of Los Angeles, best friends Issa (Rae) and Molly (Yvonne Orji) face the challenges of being black women who defy all stereotypes.

Orange is the New Black

When a past crime catches up with her, a privileged New Yorker ends up in a women’s prison, where she quickly makes friends and foes.

Meet America’s first empire-building, barrier-breaking, self made female millionaire. Academy Award winner Octavia Spencer stars in Self Made: Inspired by the Life of Madam C.J. Walker, a Netflix Limited Series.

Andre ‘Dre’ Johnson has a great job, a beautiful wife, Rainbow, five kids, and a colonial home in the ‘burbs. But has success brought too much assimilation for this black family?

Manage Cookie Consent
To provide the best experiences, we use technologies like cookies to store and/or access device information. Consenting to these technologies will allow us to process data such as browsing behavior or unique IDs on this site. Not consenting or withdrawing consent, may adversely affect certain features and functions.
Manage options Manage services Manage vendors Read more about these purposes
View preferences
{title} {title} {title}
Skip to content