We know better now.
Don’t we?’

Way back then in times of “savages” and slaves,
perhaps they didn’t know better.
Still, as ones formed in Creator’s image,
wouldn’t there have been at least a twinge of doubt?

There were prophets, of course.
Those who spoke against our cruelty.
Those who acted for justice knowing
skin color and culture don’t make one less human,
less valued in Creator’s eyes.
But we persisted.

Defining the other as “less than”
and therefore worthy of exploitation.
We must have known it was wrong.
Why else manufacture such lies as
The Doctrine of Discovery and Manifest Destiny?

Why else would we chain and beat and rape and lynch,
enacting laws to justify our inhumanity. Them, just 3/5 human.
But I sit here now in another era
“The past is the past!”
“Those weren’t my sins!”

If I’m honest, I know I’ve come out ahead.
The scales of justice have been weighed in my favor
pushed down on the backs of those whose history carved out my abundance.
“I didn’t create the rules”, I demand
“I didn’t have slaves or steal land or slaughter the innocent!”

Still, I must know that something remains terribly wrong.
Prophets cry out in the wilderness of my denial.
Do I have ears to hear?

Others take action to make things right,
living out the law of love through sacrificial reparations.
Do I have eyes to see?

“Surely, I don’t need to go that far.
It’s enough to be “colorblind”, right?
Oblivious to my true blindness, I assert my innocence
as I slip safely out the door to my alternate world. 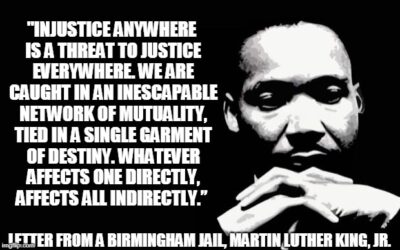 We're looking for local people to write about their experiences of growing toward anti-racism. Do you have a story to tell? Did you know that racism... 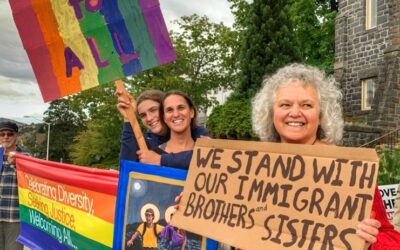 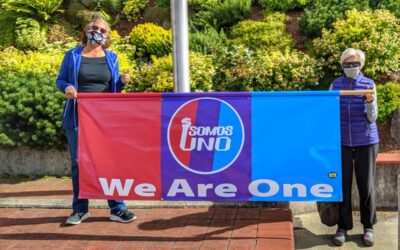 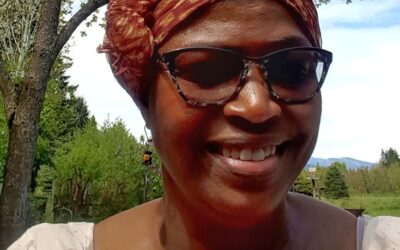 Evelyn Charity - My name is Evelyn Charity and I am one of five daughters whose mother was born to sharecropper parents in Arkansas in 1918. She and...